If you notice your home school graduate acting, talking or even walking differently, there’s a perfectly good explanation. They are entering a new stage of life called emerging adulthood. But, what does that even look like?

First, let me ask you a question. If someone asked you to explain what an adult is, what would you say? You might consider traditional answers such as a person’s age, having a full-time job, being married or even having children. But, home schoolers know there is not a magical year that everyone achieves those rites of passage.

We all know people over 30 that do not act like an adult; some elderly revert to childlike behavior; a full-time job might be running the family business at 16; the marriage platform crumbles when 12-year-old girls are allowed to marry in certain cultures; and then there is teenage pregnancy. So, what really defines an adult?

The Academic Dispute over Adulthood

For more than 20 years, Arnett studied individuals in industrialized countries from their late teens to mid-20s. His research captured distinctive developmental characteristics of people between 18 and 25.

Erikson argued that adolescence starts with puberty in the early teens. Then, “young adulthood” starts in the late teens and ends at age 40. At the young adulthood stage, individuals seek a partner to share work, sex, friendship and intimate feelings.

But, according to Prof. Arnett, by the end of the 20th century, Erikson’s theory no longer fit the pattern in industrialized nations.

Today, individuals in their mid-20s frequently change jobs or pursue postsecondary education and training. Sexual mores have also changed radically over the past 50 years.

In the past, individuals settled into long-term adult roles during their late teens to mid-20s. Today, that period in a person’s life seems to be a time for trying out different experiences and slowly progressing toward lasting choices in work and love.

How to Spot Emerging Adulthood

Emerging adulthood is dynamic because it captures a period of transition and a distinct phase in a person’s timeline. It is also the most heterogeneous part of a person’s life because individuals have the least structure.

There are five common features that distinguish emerging adulthood from other stages of the human life course:

In studying this period, theorists stress that society has become increasingly individualized in industrialized countries. In other words, institutional constraints and support are not as strong and important. Therefore, individuals are increasingly left to their own devices to make it through life.

If your home school graduate is acting like they are 28 instead of 18, it might be because they are at an advanced level of emerging adulthood, especially in comparison to public school peers. Conversely, they might act immaturely in some areas.

Since Arnett presented his theory of emerging adulthood, it has generated ideas, research and criticism that have advanced both scholarly discourse and understanding. Regardless of whether it reflects our family values and parenting practices, it does seem to correspond to the society in which we live.

As for your home school graduate, this theory of emerging adulthood may aid in your understanding of why 18 today seems so much different than it did when you graduated high school. Your support will go a long way toward helping your student make the definitive transition to adulthood … however long that takes. 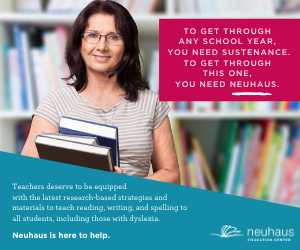